We’re talking about a time long long ago, Happy places, happy faces, things went slow. Folks strolling along down the sidewalk, Always stopping with their neighbor to talk. * Listen to the children’s laughter in… More

The night is very dark with a slight summer
breeze,
A shimmer of moon peeking through the branches of trees.
I hear another’s footsteps in the distance from behind,
Hopefully the owner is a person that’s very kind.
As I continue to walk further, a pounding in my heart,
The moon gets brighter as the clouds start to part.
I turn around as I hear the sound at a faster pace,
Gleefully I shout as the moon lights up my brothers face.
Eileen 2015

Whose woods these are I think I know.
His house is in the village though;
He will not see me stopping here
To watch his woods fill up with snow.

My little horse must think it queer
To stop without a farmhouse near
Between the woods and frozen lake
The darkest evening of the year.

He gives his harness bells a shake
To ask if there is some mistake.
The only other sound’s the sweep
Of easy wind and downy flake.

The evening sky’s darken, falling slowly to the ground,
Soft mist is filling the air with a whispering sound.
A dim light from a lantern exposes something down below,
It’s a sleek black cat with a shiny coat moving very slow.

I’ve never seen the like of it, a smooth sophisticated stroll,
Gazing upon him I question myself , is he’s tired hungry or cold
I watch this silent creature move down the cool wet street,
I wonder if there is a home, a someone waiting for him to greet.

Perhaps he lives in the city with a  pack of other cats,
Or possibly  he’s a loner and stays near the railroad tracts.
If I knew for certain that this little guy lived all alone,
There would be no hesitation for me to take him home.

I Have a calico Cat very quiet and shy.
He disappears when friends stop by.
They tease and ask, does he meow or cry,
Are we we ever see this little guy?
His toys are scattered around on the floor.
I have padding on every corner and door

When you’re here in his presence,
Helpful things you should know.
Sit very still, be calm and pleasant,
His instincts tell if you’re friend or foe.
He’ll grab at your foot from under the couch,
Then grab the other before you say ouch!

Time has passed and my cat’s doing well,
He now wears a collar with a little bell.
So when he hides he’s not so hard to find,
Such a blessing cause he hides all the time.

I don’t let him out to play in the sun,
That’s hard for I know he would have fun.
He bumps into the chair slams into the wall,
Doesn’t know which way to go when I call.
He can be a handful but I don’t mind,
My precious little calico cat is blind.

Just down the road around the bend,

It has sheltered no animals for many years,

No dairy cows, no horses, no sheep, no steers.

The neigh of a horse the low of a cow,

Those sounds have been absent for some time now.

There was a time when the loft was full of hay,

And the resounding echoes of children at play.

At one time the paint was a bold shade of red,

Gradually faded by weather and the sun overhead.

The doors swing in the wind, the hinges are loose,

Window’s and siding have taken much abuse.

The fork, rope and pulleys lifted hay to the mow,

A task that always brought sweat to the brow.

But those good days are gone forever it seems,

And that old barn now stands with sagging beams.

It is now home…

Hear the sounds of fall
Geese give out a call
Swishing of colored leaves
Falling off seasoned trees
Leaves crushing
under feet
Snapping of branches in
burning heat
Scented smoke clouding eyes
Bubbles popping on simmering  pies
Juicy crunching of an apple
Hay rides on  roads of gravel
Gurgling of pouring out apple cider
Crackling of dry wood in the fire
Snoring sound from grandpa getting  higher
Deep in the night hear the owl  call
Listen up dear critters it is fall
EileenMarie 2019
Image:https://www.alamy.com/stock-photo/boobook-owl.html

The Cow in Apple Time

Something inspires the only cow of late
To make no more of a wall than an open gate,
And think no more of wall-builders than fools.
Her face is flecked with pomace and she drools
A cider syrup. Having tasted fruit,
She scorns a pasture withering to the root.
She runs from tree to tree where lie and sweeten.
The windfalls spiked with stubble  and worm-eaten.
She leaves them bitten when she has to fly.
She bellows on a knoll against the sky.
Her udder shrivels and the milk goes dry
Robert Frost 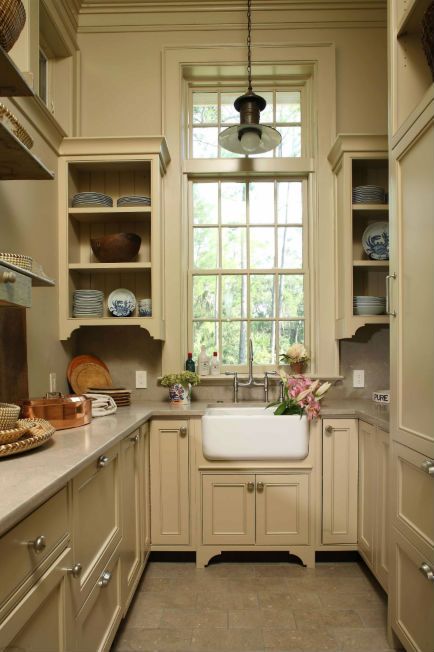 I’d been thinking for some time about doing a blog on pantry’s of the yesterday’s. I don’t have any pictures of the pantry’s in the houses I lived in over the years. I don’t have any pictures of the houses I lived in during my childhood, and that’s sad because some of them were great houses. I decided to do a search on Google using the key words, old pantry’s. I just couldn’t believe the things that came up, lots and lots of restaurants named, The Pantry, The Old Pantry and The Pantry House which I think are all great names. The other thing I pulled up was “Pantry Kitchens” for those less fortunate folks going through some hard times, it was nice to see so many of them, around the country.
I wonder how many of you know what an old fashioned pantry really is. Many pictures came up like this one showing a small room with rows and rows of shelves filled with canned food.
Now that may very well be what some or even many pantry’s were like in the 20’s and  30’s but they are not like the pantry’s in my life. I was born in 1939 and these are my memories of our pantry’s.
I was in first grade and lived in a big old farm house in Massachusetts and it had a big pantry off the kitchen, or maybe it wasn’t so big but that I was small. It was narrow and long with counters over rows of cabinets and drawers under them and rows of shelves from the ceiling down to the counter tops. A window was at the very end of the room for plenty of light to come in. When you’d open a cabinet door you might see a large bin for holding your potato’s and another smaller bin behind another cabinet door for flour.
I often hid in the pantry staying very quiet so my brothers wouldn’t find me. One time I actually tried to crawl into the potato bin while hiding from them, it didn’t work, I couldn’t fit.
our pantry had long counter tops over the cabinets and mom would put two or three pies on them to cool.
Some had the kitchen sink in them and in one place we lived in Connecticut it had room for our ice box, yes we had an ice box
in my day. Most families had electric refrigerators by now but we were some what poor and still could not afford to buy such a luxury item just yet. We were not alone though because in the summers I remember several kids in our neighborhood waiting for the iceman to come and deliver the ice to their homes too. When the truck pulled up to our houses we would run up to the iceman and just stand their with our hands held out like we were trying to cup some water with big smiles on our faces. He knew what we wanted because it was a weekly task and he never seemed to mind it. The task…..chipping off pieces of ice for us to gleefully run off crunching on it and cold streams of water running down our faces. He wore a large black rubber cape type article on his back and large claw type tongs to grab and hold tight the big square chunks of ice, then he’d swing it over his back to carry it up to our kitchens. The ice box had a large tray under the ice shelf with a rubber tube connected to a hole in the tray that ran all the way down the back of the refrig to the floor resting in a good size pan that had to be emptied out every night by which ever kid was available, usually it was emptied after we got done doing washing and drying the dishes.
Have you seen old ice boxes in antique shops, some of them are absolutely beautiful and can cost hundreds, maybe thousands of dollars. Ours was not like them, it was a straight white box, nothing pretty about it.
I’m happy to see that in some new homes the old fashioned pantry is coming back, except not so old fashioned and folks that buy these homes don’t really know what they are missing.
( Ours )                                     ( The more well to do folks )

Did any of you do this ? Every fall my mom would have my brothers and I get a paper bag and go for a walk in the woods and collect colored leaves. When we got them home we would pick out the very best leaves, perfect shape and colors counted. We would then place them on a sheet of wax paper placing another sheet on the top and then go over it with a sightly warm iron. Mom would tape them to the glass on our windows. It reminded me of stained glass windows when the sun shown directly on the glass, awesome. The nice thing was that they lasted for a long time right through the winter if you like. It’s such a little thing but I loved the time we spent doing this and I did the same with my children on down to my grandchildren and…

Emails From Me To You

The poems I write might make you ill. My empty head they do fill. Now and then I get one right. Then I cherish it with all my might.~By Eileen~

My Other Beautiful Granddaughter!

Writings on my Life and Muses

About fantastical places and other stuff

For a smile as wide as a country sunrise

Take a chance and see where it takes you! ✨

A Wife, My Verse, and Every Little Thing

Art and the philosophy of life

My poetry is my religion.